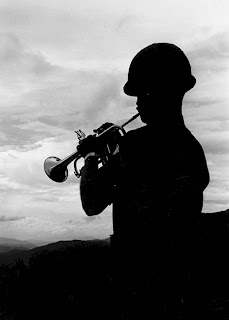 Taps could probably have been played on a number of occasions this season in reference to the Twins, but as we enter the final week of this, the "summer of our discontent", we can finally plays Taps on one of the worst seasons in franchise history and, hopefully, move on. With three games remaining, the Twins have 98 losses, needing to win 2 out of 3 from Kansas City to avoid the 2nd 100-loss season in team history. Here are some of the low-lights:

**In their last 52 games, the Twins are 10-42 (.192) which would translate to about a 32-win (130 loss) season if they played that way over the course of a full year. This stretch has included 3 losing streaks of at least 6 games and was punctuated franchise worst 11-game losing streak against mostly divisional opponents.

**For this entire season, the Twins have never been at or above .500 since before they started playing on April 1st (0-0).

**The Twins have played in 45 games this year that are considered blowouts (wins by either team of 5+ runs), the Twins record in those games is 15-30...in other words, they've lost 30 games this season by 5 or more runs.

**Despite not having the worst record in baseball (a distinction owned by the lowly Houston Astros), the Twins do have the worst run differential in all of baseball at -185. By comparison, they run differential last year was +110. Yes Bill, good bullpen arms make a HUGE difference.

Alright that's enough. I've been eagerly reading some of the other Twins blogs with their suggestions and analysis of what the Twins might do in the off-season to start turning this thing around. I saw on Twitter the other day that the Twins drew over 3 million fans this year and I guess my message to the organization would be this: without some serious planning and a few savvy moves to improve this club for next year, you will have a brand-new, but half-empty stadium on your hands because I can promise you that the "new stadium smell" is going to wear off pretty quick if you keep carting a .384 team out there.
Posted by Adam Krueger at 10:18 AM No comments: Links to this post

Email ThisBlogThis!Share to TwitterShare to FacebookShare to Pinterest
Labels: It's almost over, Low-Lights

My-oh-my how much can change in one year's time.

Much has been written about the reasons for the Twins' struggles this year and I'm not here to shed anymore light on it, I think we're all had enough hand-wringing and head-scratching for one season. It's amazing that a 94-win team with essentially the same group of core players could end up a near 100-loss team the very next season, but I suppose it's not without precedent. The 1990 Twins finished in last place and won only 74 games before winning 95 games in 1991 and going on to win the World Series. Since 1991, only 5 teams have gone from last place to first place and all of them were National League teams (source), two teams have gone from last place to make the playoffs via the Wildcard. To quote the movie, "Dumb and Dumber"..."so you're saying there's a chance!"

If the Twins can get Mauer, Morneau and a host of other injured players healthy over the off-season, they should have no problem out-performing this year's injury-riddled Triple-A team. It will be interesting to see what kind of fall-out there will be with regard to personnel changes within the Twins organization this off-season. If I had my vote I would probably find a new GM and a new training/medical staff. Bill Smith has proven to be mediocre at best and the with the number of injury debacles the Twins have had over the last few years, I think the Twins need to take a long, hard look at their training staff to see where some changes might be made. Getting healthy will be Goal #1 for the Twins this off-season and they will need to make a few savvy moves to shore up the many holes that this season has made obvious. Here's to next year.
Posted by Adam Krueger at 12:48 PM No comments: Links to this post