Well, well, well...a couple of days after I spoke about the travesty that is Baseball Writers voting on the Hall of Fame, Mr. Olney from ESPN comes along and steals the idea. It's an Insider article, so here's a few short blurbs from the article.

"First and foremost, it's a clear conflict of interest. As a writer, I should be reporting on the news and not making it. It's Journalism 101 (I assume, since I was a history major). It's not my place, as a reporter, to determine whether Andre Dawson is inducted into the Hall of Fame, no more than it would be for a Capitol Hill reporter to cast a vote on health-care legislation while reporting on it."

"But really, the most important reason why the writers should not be voting is that it has become increasingly evident that the voters, as a group, don't really have a clear understanding of what the standards for the Hall of Fame are, particularly in this time, as the ballot gains more and more players touched by the steroids issue."

"The Hall of Fame should form its own committee that determines who gets a plaque. The plaques should include information, written in neutral language, about feats and achievements, and about bans and suspensions and admissions."

Olney finished everything by saying that these things will never happen because the Hall, and Baseball, like the debate because it keeps people talking about the sport. Whatever. Eventually, if it hasn't happened already, the Hall of Fame will become a meaningless thing because no one will respect the award. At the very least, some criteria needs to be laid down. McGwire and the like are being shunned for cheating while players like Ty Cobb and Gaylord Perry are in despite accusations (and admissions) of cheating in their time.
Posted by Adam Krueger at 4:43 PM No comments: Links to this post 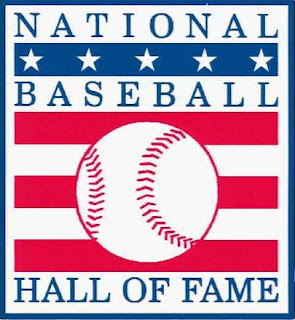 Can we change the name of the "Hall of Fame" to what it actually is at this point?? Given yesterday's pathetic voting results it is clear that the Hall of Fame has become more of a 'Hall of Popularity' or a 'Hall of Baseball-Politics.'

This year's chosen one is Andre Dawson. I've got nothing against 'The Hawk,' he was a great player and is very deserving of the honor that has now, after 9 previous years of eligibility, been bestowed on him. My only question is this: if he's a Hall of Famer now, in 2010, why wasn't he a Hall of Famer in 2001? For that matter, Roberto Alomar, a player with no-doubt-about-it Hall of Fame credentials does not get elected because certain writers feel that he does not deserve the honor or being a first-ballot Hall of Famer. WHAT DOES THAT MEAN?? A HOFer is a HOFer is a HOFer. Yeah, I would agree that there is a small distinction in being elected when you're first eligible, but it's not that substantial.

Another case which is personal to me because he played for the Twins, is Bert Blyleven. Bert is going to get in the Hall. I thought it was going to happen this year but he fell a painful 5 votes short. With 287 career victories, he deserves to be in. Alan Trammell deserves to be in. Jack Morris, on the strength of his 1991 Game 7 performance alone, deserve to be in (hyperbole there folks).

Anyway, as you can see, I'm kinda sick of the whole thing. I was talking with Domedog yesterday and he jokingly said that we should have a computer decide. Since baseball lends itself more heavily to statistics than other sports, I don't think it's all that bad of an idea. Baseball Reference already has a sort of rubric towards the bottom of every players' page that projects their chances at the Hall of Fame. Why not use a system? Why not have an actual rubric for the voters to follow instead of leaving it up to the individual writers to come up with their own criteria? I leave you with Bert. 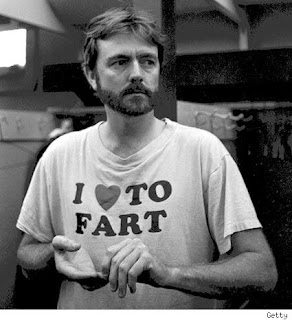 Posted by Adam Krueger at 5:44 PM No comments: Links to this post